How are you doing?

I’m serious. Let’s not pretend that we don’t get irritated. It’s okay to feel exasperated sometimes. For example, today I am irritated that I simply do not have enough time to do everything that I need to do. I’m desperately trying to get to a specific shop so that I can buy a special present for somebody special. I’m struggling with time. And I know that it’s a bit silly to be irritated WITH time, but that’s just how I’m feeling. (And of course my feelings are valid). 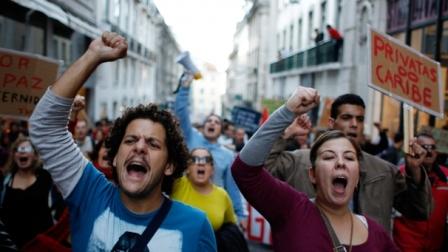 At the moment, there is quite a big strike happening with many of the South African Postal Services employees. I’m not sure about the actual details, but what is important is that these employees are clearly protesting about or against something. I’m glad that we live in a society where it is mainly OK to express when you are unhappy with a situation.

The strike is quite obviously affecting service delivery. In other words, packages and parcels are probably being delivered late or not at all.

So, our students do not have to worry that they will be delayed. It’s business as usual for our students. Our courier companies will still be delivering your study material to you.

Before I say goodbye, I just want to end this article by saying a big thank you to all our fantastic College SA students that took part in our most recent survey. Thank you for your feedback – it’s great to know that we can rely on your valued feedback.

That’s almost it from me for today. Please take care of yourselves.

Hi there to you all,

I was only five years old when I started Class 1 (what we now call Grade 1). I was one of the youngest children in the class. I remember that I was so excited to ‘finally’ be able to go to school. My older brother had started school the year before, and I couldn’t wait to also be allowed to go to ‘big’ school. 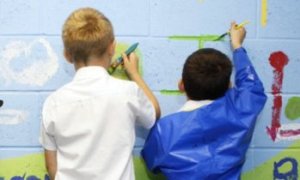 Unfortunately, all that excitement and enthusiasm that I felt about going to school soon disappeared.

Shortly after starting Class 1, it became obvious that my teacher really didn’t like me. I’m not claiming that I was the perfect kid, but still, it was really obvious that this teacher was not going to be my friend.

For the purpose  of this story, I am going to call this teacher Mrs Angry. Mrs Angry used to shout at me every day. Mrs Angry would insult me about everything and anything.

Part of the problem was that I was ‘foreign’ – I come from an Italian background. Mrs Angry was quite open that she didn’t like foreigners, especially foreigners from Italy. She said that Italians were dirty, stupid, lazy and just generally bad. Even as a young child I was very upset by the things that she said. I knew that I wasn’t dirty and all those other things.

Things did not get any easier for me as time went on in Class 1. Things got much worse.

Mrs Angry never allowed me to go to the bathroom when I asked to go. In fact, when I asked, she would shout at me in front of all the other children. Most unfortunately for me, this resulted in me wetting my pants. And of course, because I wet my pants, Mrs Angry would scream at me even more. She would hit me and pull me out the classroom and send me to the Principal’s office. I remember feeling very humiliated.

Things became even worse for me over the Easter period. All the children in the school had to make little baskets and we had to decorate them so that we could take them home for our families. Each child was given one chocolate Easter egg to put into their baskets. On the day that we were supposed to take our little baskets home, somebody took all the chocolate eggs from the baskets that were sitting in our classroom.

I remember walking into the classroom after our break period, and as I walked in, Mrs Angry grabbed me, started smacking me, and she said the most horrible things to me. She accused me of having taken the chocolate Easter eggs. She said she knew it was me because I was Italian, and in her mind, that meant that I was a thief.

No amount of pleading my innocence could convince Mrs Angry that I was not the culprit. For the rest of the day she shouted at me and told the class that I was the reason that they were not going to have any chocolate Easter eggs.

The following week, things reached a breaking point for me. Apparently Mrs Angry phoned my parents and told them that she thought that I was ‘mentally retarded’ and that she insisted that I go for tests at a special institute. She told my parents that I did not cut out pictures as well as the other children could and she thought that there was something very mentally wrong with me.

I remember my parents waking me up one morning telling me that we were going to spend a day at a special place where lots of friendly doctors and other people would want to spend time with me. Luckily, I was too young to understand where I would be going for the day. For an entire day, I was tested in every possible way by a huge team of specialists.

I can imagine that my parents must have been very anxious. I just thought that I was having a fun day spending time with new people.

My next memory of this situation is of a few days later. I’m sobbing my eyes out to my parents and to my older brother telling them how sad I was. I told them that I didn’t ever wanted to go back to school. I told them about Mrs Angry and all the things she used to say to me. I pleased with my parents, hysterically, that I wanted to be taken out of that school and to go to my brother’s school. I remember my dad being so shocked by what I told them. He became really upset. My brother gave them more information – I had been telling him all along about how horrible things were for me at my school.

By the way, in case you are wondering, the results from the educational testing institute came back – there was absolutely nothing wrong with me.

Jump to my next memory. It’s the end of a school day and my mom is waiting outside the school to fetch me. My brother is also in the car. As I walk to the car, I notice that my brother is smiling from ear to ear. I wasn’t even by the car when my brother jumped out the car and said ‘Surprise’. I climbed into the car and my brother blurted out ‘You are never coming back here, you are coming to my school now’.

That moment must have been one of the happiest days of my life. I’m not just saying that. Even at my young age, I felt tremendous relief and a sense that maybe the nightmares of what I had been experiencing would be over.

My next memory is of my first day of my new school. I remember feeling terrified (what if my new teacher was going to be just like Mrs Angry) as well as feeling so happy. The school secretary took me up to my new classroom. As I got to the classroom door, this elderly woman (my new teacher) walked up to me, smiled at me, gave me the biggest hug ever and said to me: “Welcome Sonia, we are all so happy to have you here”. I thought I had gone to heaven. Part of me did not believe that a teacher could be so friendly and kind.

I am so grateful that my parents took me out of the first school and put me into a new school. At my new school, I soon became a confident and happy little girl.

However, I have never forgotten being told that I was stupid and that there was something mentally wrong with me. Those cruel words have stuck with me. They re-surface in my mind every now and then.

As an adult I believe that to tell a child that they are stupid is one of the cruelest things you can ever do to them. Not only is it cruel, but it is also abusive and psychologically damaging.

Throughout my life I have had to work extra hard to prove to my own inner critic that I am not stupid.

I have been working in education for several years now, and there is something I believe to be true – that anybody can be successful with their studies (school or after). If a person is motivated and committed to achieving their goals, they can be successful. If a person is given support and encouragement, and not insults and constant negative reinforcement, then that person will have the confidence to keep trying and to work towards their goals.

I know that this has been a long article. It’s just really important for me to tell you that nobody what anybody has said to you in the past about your intelligence or about your academic performance, you CAN study further and do really well. Studying is for everybody and not just for a chosen few really clever people.

By the way, if you are interested, I recommend that you read this article on the College SA website – it’s all about how the College will help you every step of the way with your studies. Click HERE to read the article.

At College SA you will study via Distance Learning (also known as Home Study or Correspondence Study).

In an earlier article we spoke a bit about what distance learning is and how it works. To put it simply, distance learning means that you study a course without needing to go to a classroom. You study at your own pace in a place that suits you – it could even be your bedroom!

Because you don’t ever have to go to a classroom, that also means that you won’t be sitting in front of a teacher or a lecturer. But don’t worry – College SA has made sure that you will still have a great teacher:

Did you know that the College SA Study Material:

Did you also know that you get ALL your Study Material sent to you via COURIER for FREE?

College SA – we really will help you every step of the way.